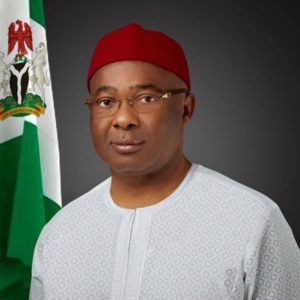 Imo state can be found in the south Eastern part of Nigeria. It was created on the 3rd of February 1976 from the former East Central state, the state is named after the Imo river. The state is populated by Igbo people and the language spoken is Igbo language. As at census 2006 the state had a population of  3,934,899.