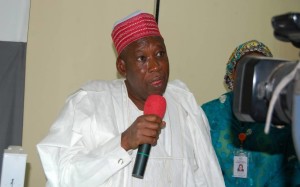 Kano state is  located in North-Western Nigeria. The sate was created on the 27 of May 1967 from the former North central state. The sate is famous for its Commercial activities and it is also a highly populated state in 2011 an estimated 11,058,300  people live in the state which makes it one of the most populous state in Nigeria. The people in kano state a predominantly Hausas and Fulani but due to  High number of Igbos living in the state Igbo is also a common language spoken within the state.

Natural Resources:  Tin, Columbite, Casseterite.
Agricultural Resources: Wheat Groundnut, Cotton, Agriculture is the major economic activity and offers employment to more than 90% of the people.  Kano is well recognized as a center for traditional arts and crafts such as leather work, weaving, pottery and wood carving.  Exquisite Kano leather works are exported to Europe and North America.
Popular Markets:  Kurmi, Sabon-Gari and Kantin-kwan (all in Kano municipality).