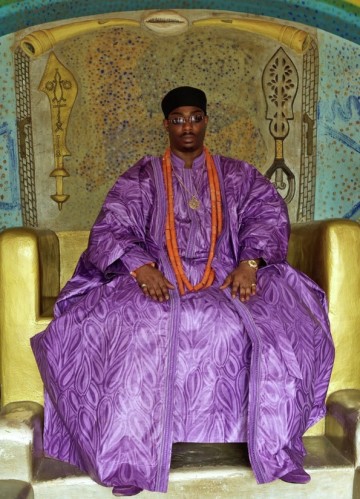 The Dein of Agbor, His Royal Majesty Benjamin Ikenchuku Keagborekuzi the First (Keagborekuzi I) was born in July 1977 and is also the youngest monarch in Nigeria to be appointed a Chancellor of the federal university ,he is currently the Chancellor of the University of Ilorin, one of Nigeria’s most prestigious universities.He schooled in Europe and is an Officer of the Order of the Crown of Belgium and at the same time the Vice-Chairman of the Delta State Traditional Rulers’ Council. His name, Keagborekuzi can be translated to mean ‘What will the people of Agbor say now‘, shedding more light on the long wait for a male child and the peculiarity of his coronation. The sudden death of his own father, the late king, at a young age, threw the community into anxiety and confusion as the Crown Prince then was just a child who barely knew what was going on. But, tradition was followed and he was crowned as the Dein of Agbor in 1979. Thereafter, he went abroad while a Regent was appointed to rule in his place until he came back in 2001 to take over as the paramount ruler of Agbor people in one of the most memorable events in the history of Nigeria.